Seven reasons why Seven Sisters is so special

Just a few words that you might use to describe Seven Sisters.

But what makes this 280 hectares (about 350 football pitches!) of stunning coastal countryside so special?

Here are seven reasons why Seven Sisters is such a special place:

These captivatingly-beautiful cliffs have been featured in many a Hollywood movie, including Harry Potter and Robin Hood: Prince of Thieves.

They’re an amazing geological phenomenon – the chalk being formed under an ancient sea that existed between 65 and 100 million years ago, when T-rex and Velociraptor still roamed the earth!

The chalk is the remains of tiny sea creatures that lived in this sea and millions of years of deposits resulted in a huge chalk dome that now covers a vast area across Southern England and Northern France.

Geological forces and coastal erosion from the English Channel means the chalk landscape rises spectacularly out of the sea, giving us these brilliant white cliffs to admire.

This remarkably rare habitat formed through centuries of sheep grazing and was one of the reasons for the designation of the South Downs National Park. Its biodiversity is mind-boggling!

You really have to get close to the ground to understand why this is often called “Europe’s tropical rainforest in miniature”. A single square metre can have 40 different flowering plant species, while there can be well over 20 different species of butterfly on the wing during the summer.

This oasis for wildlife depends on the sheep – without grazing coarse grass and scrub is able to encroach and the diversity of plants is lost.

Look out for plants such as cowslip, wild thyme and the round-headed rampion, to name a few.

Seven Sisters is part of the Sussex Heritage Coast and features multiple layers of archaeology and history, revealing glimpses of the people who have lived here in the past. There’s an assortment of burial sites, defensive structures, abandoned settlements, agricultural features and historic navigation aids.

One of the oldest visible sites in the Heritage Coast is the Neolithic burial mound near Exceat, a communal burial site for some of the earliest farming communities. Another burial site thought to date to the Bronze Age is at New Barn Bottom, near Foxhole.

Defendable sites have always been important on this stretch of the coast as it was the first landfall for invaders attacking from the south.

There are several defence sites, some on the cliff tops and others defending the vulnerable mouth of the Cuckmere River.

So many animals and plants rely on this aquatic and semi-aquatic environment at Seven Sisters.

The area provides a diverse range of habitats – a mix of fresh and saltwater, ponds, ditches and the fast-flowing Cuckmere River.

In 1846 the Cuckmere River was diverted into a straight, constructed channel to drain the floodplain and the meanders that once formed the main course of the river can still be seen today.

Cuckmere Haven remains one of the best sites in Sussex for dragonflies that thrive in the water meadows.

Closer to the shore and there are several very special animals and plant species. The vegetated shingle provides a home to waxy-leaved Sea Kale with its white flowers and  the Yellow Homed Poppy, with its bright yellow flowers, are easy to spot in the summer.

There are also saline lagoons, providing a home for wading birds such as oystercatchers, and the saltmarsh at the river month provides an ideal habitat for glasswort, sea aster and sea wormwood.

You can sometimes spot marine creatures such as shore crabs and sea anemones lurking in the rock pools.

A visit to Seven Sisters is a real treat for anyone who loves birds. Look to the skies or waters and you’ll normally see a different species and the avian inhabitants will change depending on the season.

Their departure heralds the onset of the migrating season. Watch the wetlands for more unusual waders, such as black-tailed godwits, alongside the more familiar redshank, dunlin and ringed plover.

The scrubby bushes along the valley, stunted by the salt spray and harsh onshore winds, are alive with warblers and linnets.

Swallows, martins and swifts means late spring has arrived and the park settles down to summer residents of heron, little egret, shelduck, mallard, Canada geese, redshank and dunlin on the wetlands.

Fulmars, kittiwakes and jackdaws nest precariously on the cliffs, and amongst the Downland are ground-nesting skylark, meadow pipits, and wheatear. The bushes throng with the song of robin, blackbird, various tits and dunnock, and the more unusual whitethroats.

The natural beauty of Seven Sisters is truly captivating and has the power to replenish the soul.

Sunrise and sunsets are particularly spectacular at the park and are a photographer’s dream. The way the sunlight hits the landscape, sometimes with mysterious early morning mists or pink and crimson sunsets at dusk, creates a magical combination that produces incredible photography.

Whether you’re a seasoned photographer, or just wanting to take some snaps on your mobile phone, you can capture images that you can admire for many years.

Seven Sisters represents a fragment of largely unspoilt coastline amid a heavily-developed south coast. The fact that it exists at all as it does today should never be taken for granted.

Back in 1926 a mysterious group of property developers wanted to build a new town above the cliffs. A group of early environmentalists – including poet Rudyard Kipling, the mother of a dead WWI soldier, a famous pilot and a walking group – led a passionate campaign to oppose the plans.

It was an almost unassailable target, but the campaign, led by the Society of Sussex Downsmen, a walking group formed just three years before, proved to be successful and the land above the cliffs was saved for generations to come. 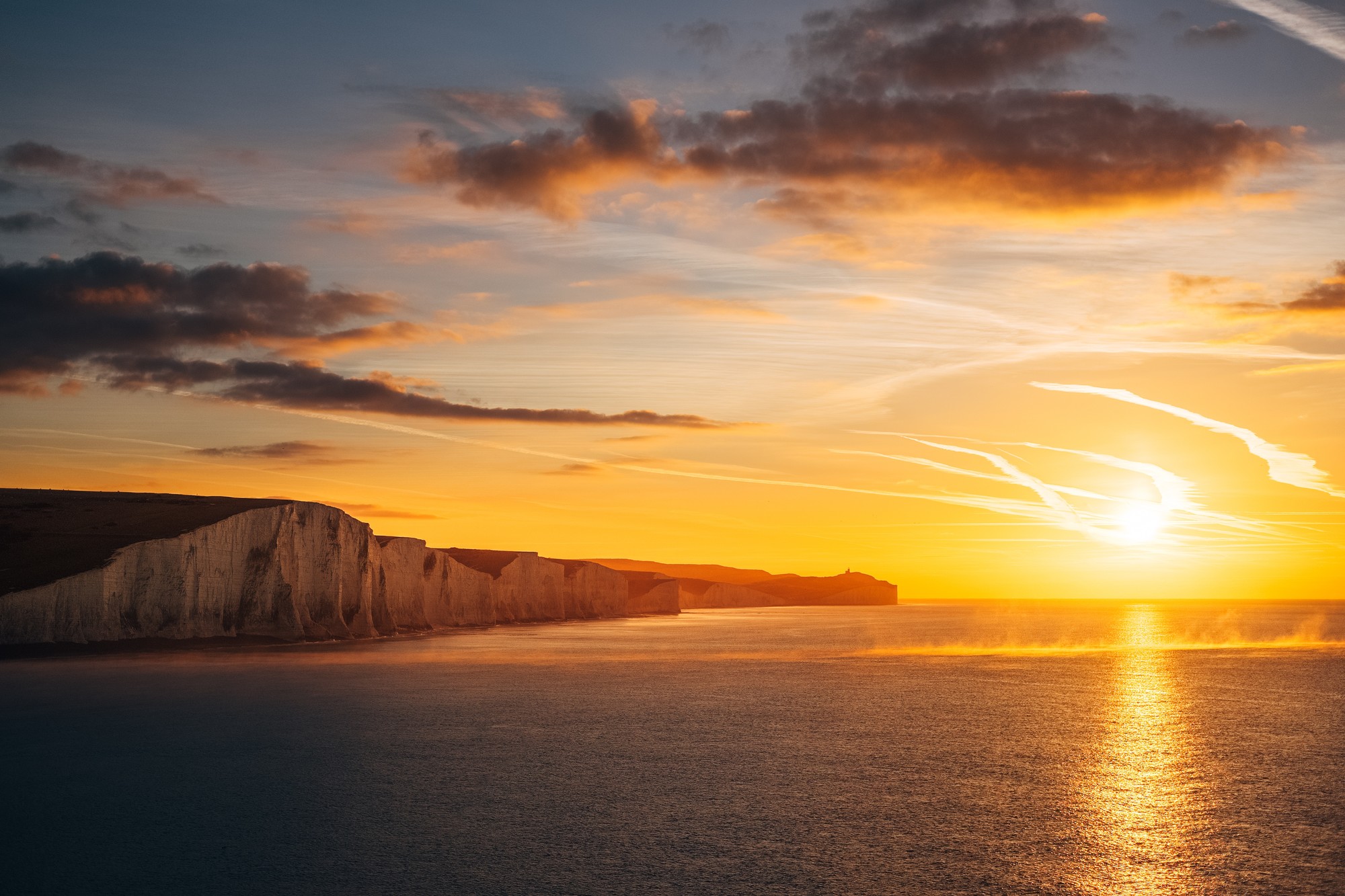